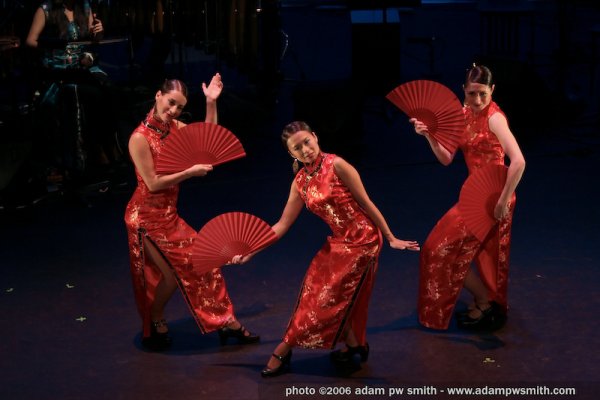 Café de Chinitas is an enchanted cafe where red-golden cheong sams and Asian melodies fuse with flamenco’s virtuosity and bravado. This unique performance marks the first time the ‘East meets West’ fusion has ever been seen on a Vancouver stage.

“We adopted the name ‘Café de Chinitas’ because it blends fiery Flamenco dance with the exotic Asian sounds of the Orchid Ensemble. While Flamenco is typically fused with jazz and Latin music, it has never been expressed with a Chinese element, so this idea is truly original and also extremely relevant for the City of Vancouver,” says Project Artistic Director Kasandra La China, “We aspire to create a local following for the Café de Chinitas series as a true representation of who we are. It is a pure reflection of our cultural identity.”

The name ‘Café de Chinitas’ comes from a historically significant café in 19th century Spain which was an opulently decorated, architecturally dramatic building with a stage that attracted the era’s best Flamenco artists. The area’s extensive commerce with the Orient attracted many Asian women (known as ‘chinitas’) to the café, leading to its eventual name. Later, the café was immortalized by poet, writer and musician Federico Garcia Lorca (1898 – 1936), who wrote the famous Petenera song that will be the opening act of the show.